Why do we support a policy that is based on colonial ideas?

The imperialist policy of the prohibition of the coca plant 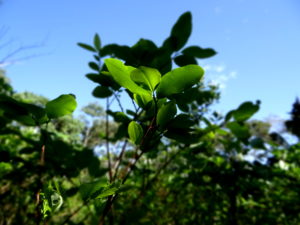 Centuries before colonization it was celebrated throughout South America that coca is a healthy plant with nutritional and medicinal qualities. But in the eyes of the colonizer, the consumption of coca was perceived as a barbarian and inferior custom. Later on, in 1949, the American Howard B. Fonda concluded that coca was an obstacle for the assimilation of the indigenous people into modern society. Based on his unscientific conclusion, coca has been a prohibited crop since the Single Convention on Narcotic Drugs of 1961. A remarkable decision, as Coca-Cola, the world’s most famous drink made from coca leaves, is an American company. The ban on the coca plant is a dated imperialist heirloom that needs to be revised.

Peru, Colombia and Bolivia are known to be the largest producers of cocaine. What is less well known is the frustration of these countries that coca is regarded by the rest of the world as a dangerous plant and is directly associated with cocaine. As a result of this world-wide association with cocaine, these countries are being deprived of the possibility of cultivating a unique crop and thus a unique international market.

Coca is much more than merely the source of cocaine. It is a nutritious plant with various medicinal properties. It can be processed into a wide range of products: tea, flour, candy and even toothpaste. But under pressure of the USA, since the 1961 Single Convention, the cultivation and export of coca has been universally prohibited. Because of the prohibition, these countries miss out on a unique international market for coca products. Apart from the economic argument, frustration is also morally based. Coca being a dangerous drug is a conditioned misconception based on colonial ideas and pseudo-scientific research.

In 1949, a commission on behalf of the United Nations went to Peru and Bolivia to do research on the effects of coca. However, this committee did not employ existing scientific botanical and anthropological knowledge, yet the report determined universal policy, Transnational Institute has researched. The leader of this committee was the American Howard B. Fonda, vice-president of the pharmaceutical manufacturer Burroughs Wellcome & Co. Fonda had no knowledge of pharmacokinetics, plant physiology and ignored the cultural significance of coca for indigenous communities. Despite the lack of scientific research, the committee drew its conclusions.

The report concluded that coca contains cocaine, and therefore the effects of chewing coca are the same as those of cocaine. Among the effects of chewing coca, it was mentioned that it damages the consumer’s intellect and moral thinking. Chewing coca would limit indigenous people to live up to social standards.  Chewing coca was perceived as an obstacle in the assimilation of Bolivian and Peruvian indigenous communities into modern society, a society dominated and ruled by descendants of Spanish settlers. Because of these harmful social and economic consequences, the cultivation and consumption of coca should be limited and combated, the report said. This argument and the universal ban on coca demonstrates cultural imperialism.

When the US kicked off the War on Drugs in the 1970s, the militarization of coca plantations began. Not much later, the policy focused on the eradication of coca cultivation and the coca farmers became the enemy of the War on Drugs policy. The DEA, Drug Enforcement Administration, began to militarize the regions where coca grows: Peru, Colombia and until the arrival of the native president Evo Morales also in Bolivia. It is striking that in the USA, the country that imposes a repressive policy on coca cultivating countries, there is the world’s only company that legally benefits from coca leaves. With permission from the DEA, the UNODC makes an exception for the mother company of Coca-Cola: Stepan Company.

This company, Stepan Company, imports between 130,000 and 150,000 kilos of coca leaves annually through the Peruvian state-owned company Enaco. These leaves are grown by 10,000 coca farmers, employed by Enaco. The coca leaves are shipped from Lima to Stepan Company in the US. Stepan Company extracts the alkaloid cocaine from coca and sells it to pharmaceutical companies based in the UK, Scotland, Germany, Japan and the US. There is no pharmaceutical company based in Peru. The cocaine is processed into an anesthetic, which is used for eye surgeries. The remaining juice is sold by Stepan Company as an aromatic to Coca-Cola, according to an Enaco source. There is a ban on exporting coca leaves, but an exception applies to Coca-Cola and its mother company Stepan Company. The ban on the coca plant is therefore exemplary of imperialism.

Imperialism is about the interaction between countries, where the distribution of living conditions, such as income, property, quality of life or degree of autonomy, is unequal. This uneven distribution is the result of the dominant position of one country, country A, which acts in favor of itself. The other country, country B, has the resources that country A needs. Country A has the market, the supply and demand, the company, the means of communication and marketing, the knowledge and development perspectives to create employment in their own country. Country B may be rich in resources, but it lacks employment and a thriving economy, making it prone to exploitation. It is merely suited for the extraction of raw materials. Extraction alone does not generate further employment. Because income is derived only by harvest, the economy does not grow. As a consequence, there is a growing dissatisfaction from country B towards the failing state. In country A there is less dissatisfaction with the state because there is a thriving economy in that country that provides welfare.

Peru can grow coca leaves, but has not the rights to export them, which is exclusively limited for the Western pharmaceutical industry and the world-famous American drink. The exclusive right to import coca leaves in the hands of an American company and Western pharmaceutical industries demonstrates the hegemony of Western countries. Imposing the ban on coca on other countries and at the same time being the only one to profit from it. This imperialist approach deprives coca cultivating countries from a unique international market.